The text below is from an article that originally appeared in The New York Times on April 15, 2016. Read the full article.

People often spend a lot of time crafting estate plans that lay out how their big assets — from cash to homes and securities — will be divided among their children, grandchildren and everyone else down the line. But they sometimes give far less thought to the other stuff — those personal effects that may have little monetary value but so much sentimental value. Yet it is the decisions about those items that often cause problems in a family.

David MacMahan, an entrepreneur and the creator of FairSplit, said he designed tools for three contentious times in a family: death, divorce and downsizing. In any of these situations, the kind of gamesmanship that Ms. Bennett alluded to can be minimized, if not avoided, by limiting the personal contact and putting the selection process online, he said.

In creating the tool, he said, he drew on his own experience in two painful divisions of items — after his father’s death and his own divorce.

“There’s almost always a section in a will saying divide everything else equally among the kids,” he said. “That section tears families apart. Kids fight so much.” 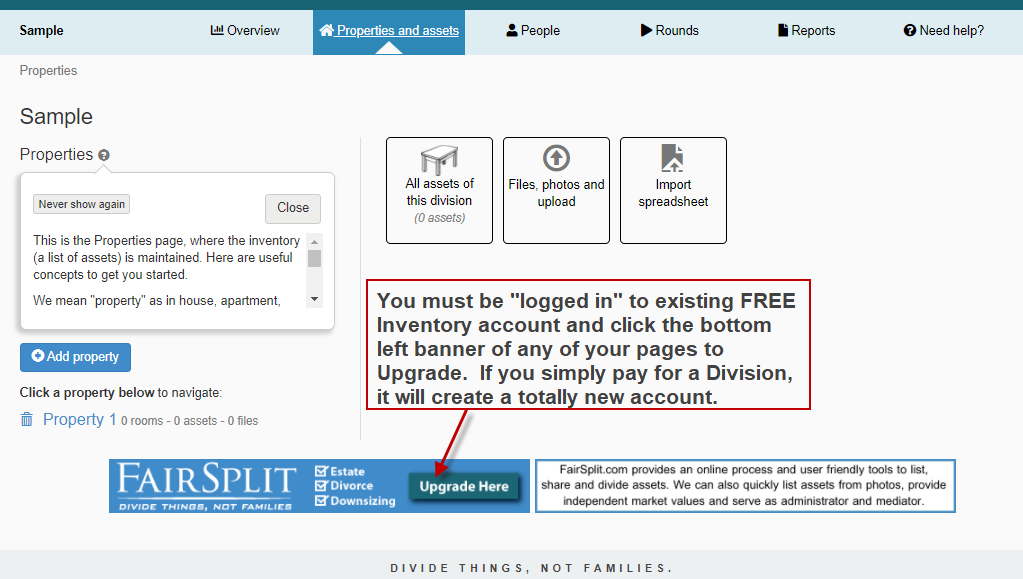